Hide not my Lord when I cry

Stay in the loop

Jonathan Starr
Jonathan Starr is a young minister at Apostolic Faith Church. With his wife, Taneil, they help in various places of the church. Their biggest desire is to see the kingdom of God grow and being apart of that in any way possible.
COVID-19 Devotional
April 29, 2020

The first two verses here begins with the prophet Jeremiah with great tears running down his face as rivers of water, that trickleth down and ceaseth not with any intermission. For his nation and people that have rebelled against their God. A nation that has gone far from the ways of God, just as we see in this day and hour that we live in. So many things are contrary to the word of God and ways of God that we don’t even portray the image of God any more, or his holiness just as the nation of Israel did before the destruction of Jerusalem. But the God that is always hearing and the God that is always on the throne and knows what is going on, leans over his throne and looks down and beholds from heaven in verse 50 the bible says. The smallest cry from one man crying for his people and got God’s attention and the God of all inquired of his plea, but action didn’t come yet. Then in verse 51 the crying beings to affect the heart of the prophet. When the heart is affected then the body is affected. When people are affected then the nation is affected and then the enemy comes in. He starts by separating people out, driving the sorrow even deeper and now from a dungeon cell. Then when water flows over my head all hope is lost and the feeling of being cut off is near. What shall we do when we get into this area, when all hope is cut off and then things are not in our control anymore? When the world that we once knew is falling apart, what shall we do?

We do as the prophet did in verse 55. I called upon thy name O Lord out of the low dungeon. This is where we are at as a nation this very hour. People are stuck in the low dungeon, all hope is far off, there is no man that can solve all the problems, nothing of an earthy realm can fix what has happened. There is only one thing that can calms a man’s soul and that is the Lord God All Mighty. That same God that looked down from heaven and heard your cries, that sees you in the low dungeon hast heard your voice just as he did the prophet’s voice. He didn’t hide his ear to your breathing nor did he just leave you in the low dungeon, but the bible says in verse 57 that the Lord drawest near in the day that I called upon thee. God has heard you from the very beginning. He has not forsaken you or left you alone, but has been right by your side all this time and was waiting for you and me to cry out to Him. And then the lord says the most important thing that every person needs to know; FEAR NOT.

What Does Jesus Mean to You?

END_OF_DOCUMENT_TOKEN_TO_BE_REPLACED

Whom are we trusting in?

Ezekiel 28 In these passage we see that the God of this universe in talking to his prophet Ezekiel to a rebellious nation of Tyrus. The God that is not asleep at his throne or is turning a blind eye to what man is doing on His created planet. The God that has an all...

END_OF_DOCUMENT_TOKEN_TO_BE_REPLACED

Don’t Forget To Enjoy The Journey

I will open rivers in high places, and fountains in the midst of the valleys: I will make the wilderness a pool of water, and the dry land springs of water. Isa. 41:18 I am a destination-oriented person. No pitstops. No distractions. Get there. I can go hours without...

The Christmas story of the wise men who followed a star which lead them to the young child is extraordinary. The Bible doesn’t actually tell us how many wise men there were or exactly where they came from. However, we do know that there were wise men who traveled an... 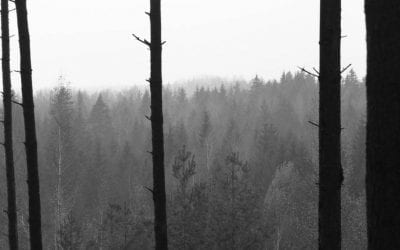 As I was going about my day, I began to meditate on reality. Stark reality to be precise. The definition of stark is severe, bare in appearance, sharp, distinct, graphic, and on and on. The term stark reality is a term I used as a young adult on occasion and, while on...